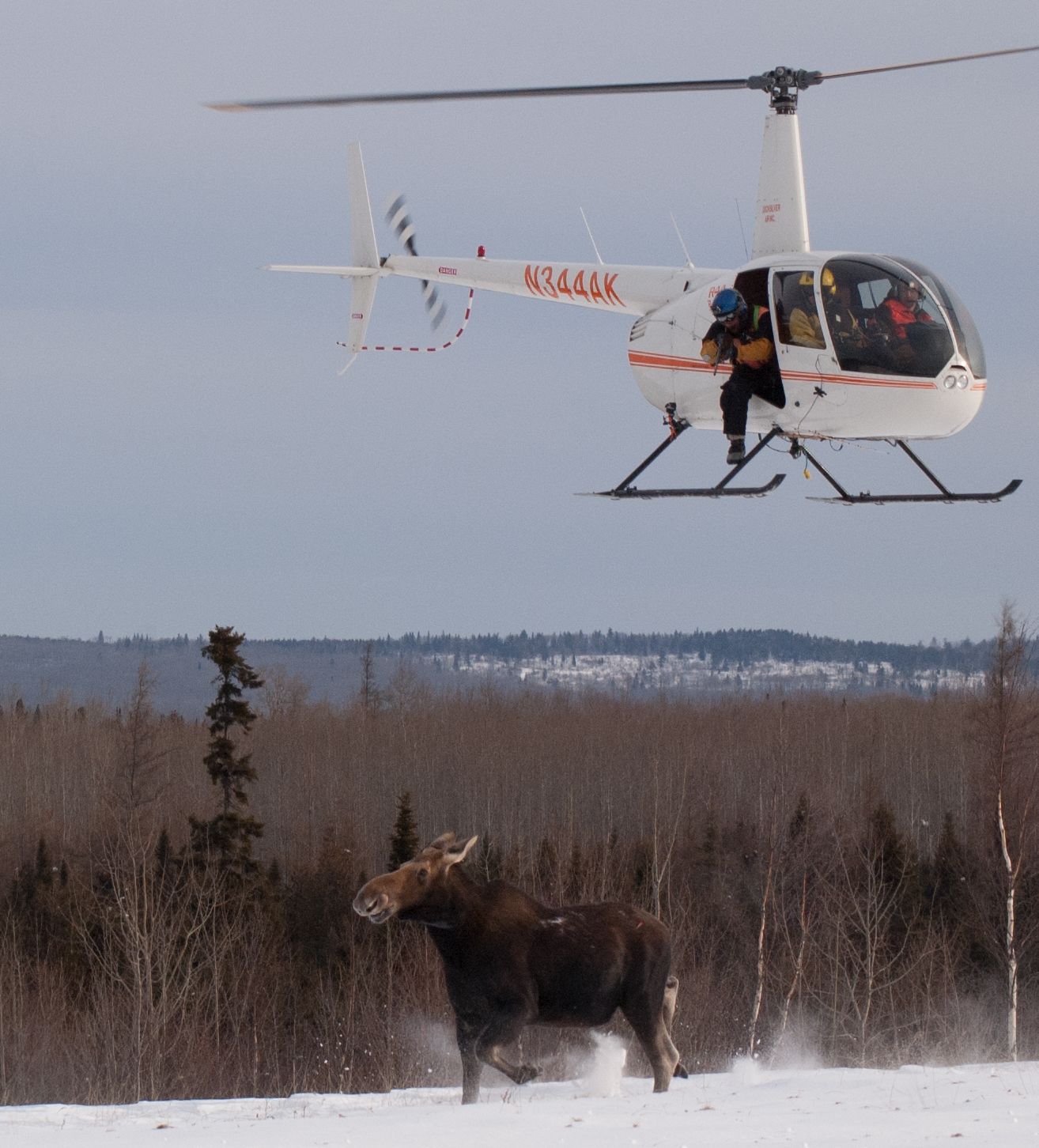 The Process of the Moose Mortality Project-Part 1

During the Minnesota DNR Roundtable that took place on Friday, January 16th DNR officials reported on data from the ongoing Moose Mortality Project. It showed insights into the lives and deaths of moose in Minnesota. The Moose Mortality Project was created with the primary goal to improve our understanding of health-related mortality of Minnesota’s declining moose population. Soon, DNR officials will set out to collar moose for the third year of the project. An additional 36 moose will be captured and collared. The process is designed to do as little harm to the moose as possible. 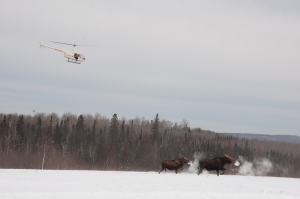 Helicopters are utilized to spot moose. Aerial darting immobilize the moose so they can be fitted with technology and samples can be taken for testing. Immediately after the process is completed, moose are given an agent to reverse the effects of the dart. The whole process takes about 20 minutes. Blood is taken to test for 10 disease agents, as well as, assess physiological status, overall health, and pregnancy status. Blood smears are completed to find blood cell counts, screen for tick-borne illnesses and evaluate for the presence of microfilaria (parasites). An incisor is removed for aging purposes and hair samples are taken. A fecal floatation examination for parasites is performed. Scientists score moose on a physical examination including body condition, winter tick load, hair loss, body length and girth. 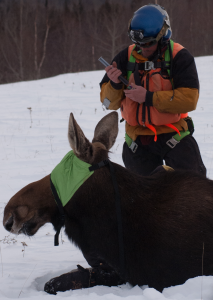 The data collected during the 2014 captures show interesting findings. 34 moose were collared in 2014. Among the tests done 23.5% showed exposure to West Nile Virus and 11% were identified as having parasitic infections. The majority of moose were classified as having normal body weight: 17% were considered thin, and 9% were rated as fat. None of the moose rated very thin. During the 2013 collaring, a third of moose captured moose were either thin or very thin.

Check back for Part 2 of the Process: Collaring and Technology