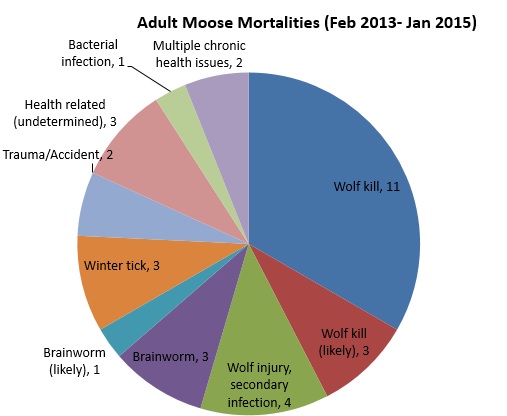 On January 16th, 2015 the DNR annual roundtable meeting took place. At the meeting the Minnesota DNR released data from the Moose Mortality Project. The project was started in February of 2013 with a goal to find out what is killing the moose of Minnesota. Since 2010, the moose populations have been drastically reduced, by more than 50%. (Source DNR)

The Minnesota State Legislature directed the DNR to establish a Moose Advisory Committee to make recommendations that would form the basis of a Moose Management and Research Plan. A vital component of the plan is the capture and collar of moose. The collars of the moose are fixed with GPS technology as well as mortality implant transmitters that detect internal activity. If a moose loses internal activity (heart beat) or stays in a localized area for an extended period of time, the collar sends a text and email notification to a response team.

The response team’s job is to locate the deceased animal and conduct testing to determine the cause of death. Data collected from the deaths are compiled and analyzed. DNR officials acknowledge many factors in the decline of the moose, but cannot pinpoint a “smoking gun” yet. Starting in February, the DNR will be capturing and collaring more moose for the project. 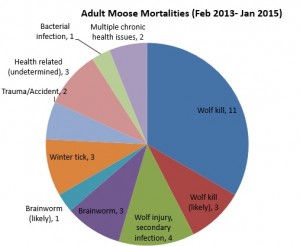 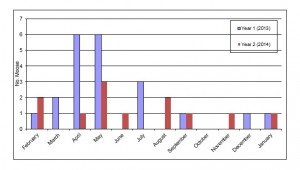