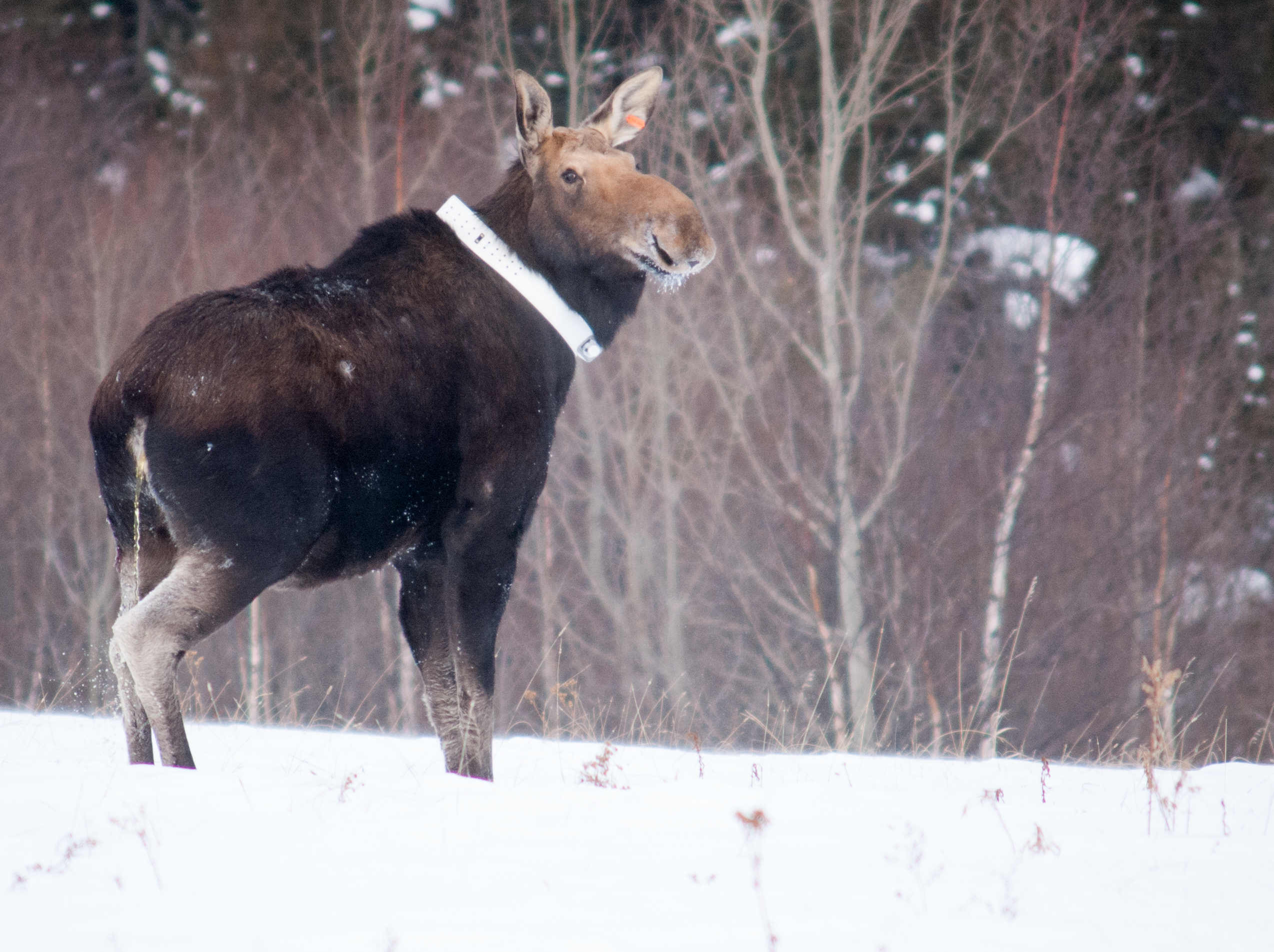 The Process of the Moose Mortality Project-Collaring and Technology 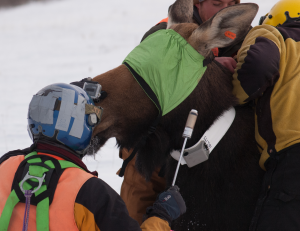 The technology that is used is vital to the Moose Mortality Project. Moose are fitted with collars equipped with GPS technology. Location and status is transmitted to the base station via collar. The base station analyzes data from the collar to determine when animals “localize” (remain within a 20m radius for more than 24 hours). This allows them to detect animals that are potentially moribund. Moose are also implanted with MITs, or mortality implant transmitters, which are placed orally into the reticulum in a subset of the captured moose. This device tracks the internal temperature and internal activity (heartbeat) of the moose every 15 minutes and transmits the data through the collar. Another advantage of MIT technology is the relay of internal temperature. Scientists can track when an animal has an elevated internal temperature and track its movements on GPS. In some instances, moose with elevated temperatures travel to water sources and submerge themselves until their temperature normalizes. Collars are also equipped with technology that gages ambient temperature and relays information to the base station. This technology is extremely important to scientists. If an animal does not show signs of internal activity, or has become localized, a mortality alert will be triggered and response crews will be notified. Timing is critical. In many instances, scientists were able to reach an animal soon after it died. This allows an accurate recording of the cause of death. In the past, moose were scavenged by animals and a cause was not able to be determined. Scientists have noted that in some instances there have been events that lead to death: wolf bite that lead to bacterial infection, high winter tick load that lead to a weakened animal, etc. 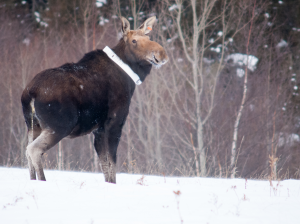 Check back for Part 3 of the Process: When a Moose Dies